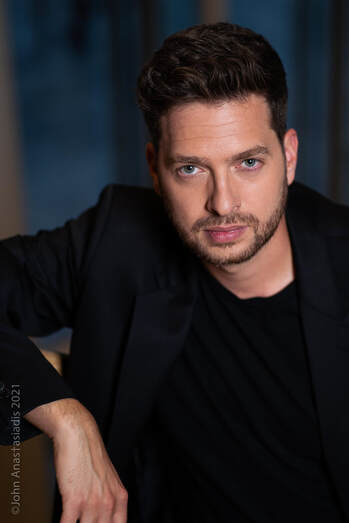 ​Tenor, was born in 1986 in Athens. He studied music composition at the Ionian University in Corfu and singing at the Municipal Conservatory of Kalamata (Christina Yannakopoulou). He graduated his master studies in Opera with Barbara Bonney at the Mozarteum University in Salzburg (Alexander S. Onassis and State Scholarships’ Foundation Scholarships.) He studied also with Aris Christofelis.

In 2007 he received the First Prize at the National Yamaha’s Vocal Competition (YMFE) in Athens and in 2013 he joined the Rossini Opera Academy in Pesaro under the guidance of Alberto Zedda.